VIEWS
Taking Stock
This is the time to push harder in our research into under-explored factors. 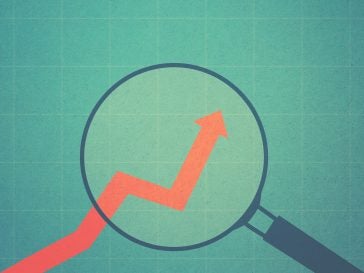 OVER THE SUMMER, you may have seen speculative headlines and even stock market frenzy surrounding some of the findings presented at the annual Alzheimer’s Association International Conference. While there were encouraging results and new reasons to be positive, this reaction was cause for concern. It is clear that many are expecting a magic bullet in the fight against Alzheimer’s disease. But this expectation hinders scientific progress and does a disservice to the patients and families living with the daily realities of Alzheimer’s.

The focus of the recent excitement was a Phase II trial (where a drug is tested on patients for efficacy and side effects) of an amyloid antibody, a drug that reduces the amyloid plaques that are hallmarks of Alzheimer’s. The initial results, which included some positive findings, were reported by the media in a way that caused stock prices for the drug maker to skyrocket. After questions surrounding the results indicated that further research is needed, shares plummeted.

In our hunger for new developments, we can’t overlook the way science works. By nature and design, science moves incrementally. Real gains are happening in Alzheimer’s research. New brain technologies have emerged. Increased focus on identifying biomarkers could bring earlier detection and better understanding of how this disease develops and progresses, and how it may ultimately be prevented. There is a compelling and ever-growing body of evidence, some of which was presented at the July conference, indicating that blood pressure and gut health play a role in neurodegenerative disease.

More research is needed, and it cannot happen without support for scientific discovery, across multiple avenues, that contributes to our still-growing body of knowledge about the brain.

As someone who began my career as an outlier investigating the role of blood vessels in neurodegenerative disease, I am encouraged to see ramped-up interest in too-long ignored areas, including inflammation, that may contribute to Alzheimer’s. This is a highly complex disease. It is likely that multiple factors play a role in its development and progression –– and much of the past three decades of research has failed to address this. As we approach 2025, this is the time to push harder in our investigations into these areas.

This understanding is critical not only for the benefit of Alzheimer’s research but for those affected by this terrible disease. They hear the over-promise of a possible breakthrough drug and feel the immediacy of a treatment in a way that is unrealistic and unfair. A positive Phase II trial result of a brand new drug is many years of research and development away from the pharmacy counter. There is real work ahead to find a disease-modifying treatment for Alzheimer’s, which may likely require a combination of therapies.

Many of us in the scientific community were encouraged to see the signs of progress in Alzheimer’s research at this summer’s conference. Now is a defining moment for all of us in the fight against this disease.