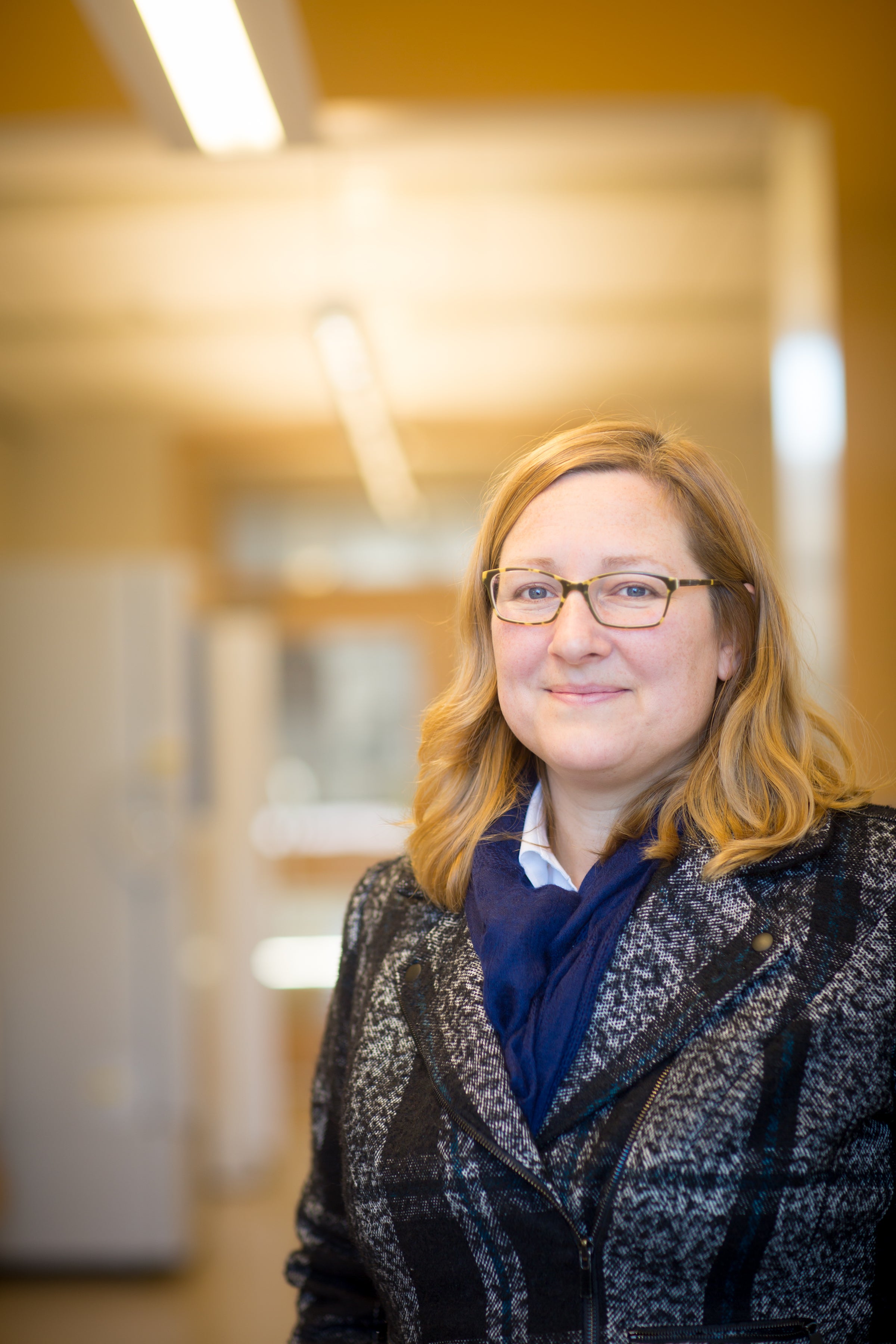 KATHARINA QUINLAN WAS a freshman at Marquette University, just starting her first day of a summer research job, when she saw something she would never forget. Her professor, studying locomotor networks in lampreys, had isolated the spinal cord from a fish. As Quinlan watched, she was stunned to see that the segmented cord continued to generate a pattern of swimming. Instantly, she was hooked. “I became fascinated with how the nervous system controls movement,” says Quinlan.

From that first summer job, Quinlan has devoted her career to studying how spinal neurons change and deteriorate in neurodegenerative diseases and disorders such as amyotrophic lateral sclerosis (ALS), spinal muscular atrophy, and cerebral palsy. Last fall, she arrived at URI from Northwestern University, where part of her research focused on potential biomarkers that could help in the diagnosis and treatment of ALS.

A still-mysterious disease, usually developing spontaneously in adulthood, ALS has proven difficult to diagnose and even harder to treat. Its initial symptoms—weakness, trembling, tripping, and slurred speech are some of the most common— don’t appear until the disease has already advanced. Though various changes in neural function are associated with ALS, it remains unclear which aspects are causing the disease, and which are the body’s way of trying to adapt.

Through her investigations of these underlying causes, Quinlan has also found a unique way to potentially screen for the disease. More on her research:

Why is there a delay in the time it takes ALS symptoms to appear?
We’ve found that early compensatory changes may be taking place within the neural network. This means that functionality is retained for a while after denervation begins. The largest, fast-fatigable motor units will begin to deteriorate, but others will step up to re-innervate the muscle fibers their dying counterparts have abandoned. We are looking to find out how various neurons could be involved in this process.

Why does this deterioration begin?
We still don’t know. Right now, it’s difficult to assess which molecular and electrophysiological processes are causing neurodegeneration and which are adaptive mechanisms to help the motor neurons remain functioning. In my research, I am interested in studying changes in synaptic and intrinsic neuronal properties that take place early in the disease.

Do you see any promising potential for therapies?
If we successfully identify some of these early synaptic and intrinsic changes, we may be able to target specific ion channels or synaptic pathways that are setting the motor neurons on a course of dysfunction. It’s also interesting that there is this window of compensation before symptoms appear. It gives hope for a potential therapeutic intervention to keep those parameters in place longer so that a person with ALS can stay functional for a greater period of time.

What about the potential for an earlier diagnosis?
Currently, clinical diagnosis is made in a resting state. We’ve done work using electromyograms (EMGs) to record activity such as walking or running on a treadmill to look for early physiological markers in locomotor activity. This allows us to see where compensatory changes, such as differences in intermuscular coordination or changes in the patterns of muscle activation, are happening. No one has used EMGs in this way—I think there is potential to make them part of regular stress-test screening. It’s a big-data approach that could give a better understanding of the disease.

Your work focuses on motor control. What intrigues you about this area of research?
Many aspects of our nervous system function are difficult for scientists to measure in all their richness, like happiness, dreams, and memories. In contrast, movement can be quantified, measured, and repeated for future measurements in different conditions. It’s really satisfying to be able to match complex neural activity with an easily quantifiable output. In addition, without movement, none of our nervous system functions can be acted upon. We can’t communicate our thoughts without speaking or writing them; we can’t accomplish our goals without taking action in some way. So movement is not just about going from point A to point B, it’s about everything we do. It’s the way our nervous system interfaces with the rest of the world.

Katharina Quinlan, Ph.D. is an assistant professor of biomedical and pharmaceutical sciences and a Ryan research professor of neuroscience.